Home Our Parish Our Faith Ministries Youth Events Contact Us

Saint George (ca. 275/281 - 23 April 303) was, according to tradition, a Roman soldier and priest in the Guard of Diocletian, who is venerated as a Christian martyr.

His memorial is celebrated on 23 April, and he is regarded as one of the most prominent military Saints. 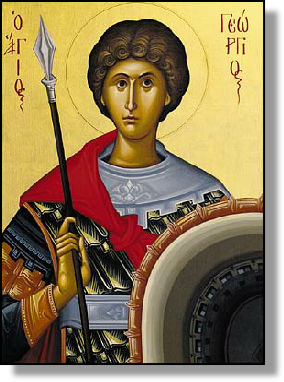